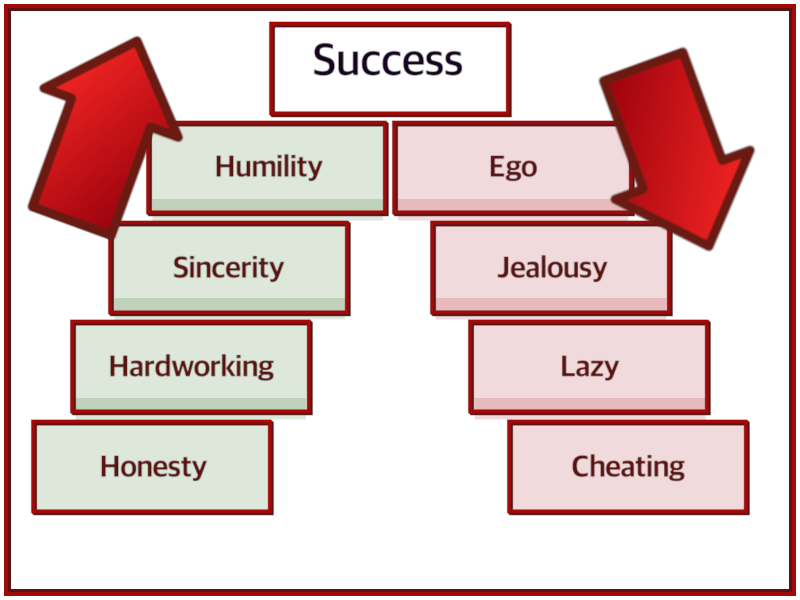 Have you noticed that when you speak to younger kids, they sometimes have these super impressive dreams to become something or someone one day? A fireman, a pilot, the next president of the country? If they are given the right guidance, the right encouragement, and some help along the way, then they can sometimes amaze their parents when they eventually reach that dream! So how do they become their dreams? How do they set their goals?

Goals need to be timely, they need to have focus, and they need to be realistic. If you think of setting the goal to swim from one side of the pacific to the other, it surely wont help you if you have lung problems or if you don’t know how to swim. What if you had a fear of the water and sharks?

As a young man aged 20 or so, just out of school, I was asked by a lady friend who I liked, if I wanted to travel Europe with her. The idea was great, but my fears were so strong that I thought about it and politely declined. Go travel Europe with her, get into a relationship, do something silly, go back home, have to get married, kids on their way … you might get what I was thinking. My could not get over the fears as I had so many other things planned for my life!

And at the age of 26 I decided now was the time to travel to Europe and move to London to work.
Most of the things I had wanted to achieve I had done, the car, the house, the stereo set, the amateur football (or soccer as we call it in South Africa) club. I had until I was 27 and a half to get into the United Kingdom (the UK) before I lost the opportunity. Why? Well my Grandmother was born in Scotland and the rules at that time was 27.5 years. You had to apply and get into the UK before that age for an Ancestry visa.

My goal was set – get to London before 27 and a half, and live and work in the UK!

So I started the research, and looked at the options. I needed 2 important sets of documents :

Getting these documents would be the first challenge. The second challenge was getting the visa. By the time I decided I wanted to go, I had close on to 6 to 8 weeks to get everything sorted. When I did my research as to what the process was, I was worried to find out that the statistics for applying for a UK Ancestral visa in South Africa, according to those who knew, was as follows:

So this meant I had a 1 in 3 chance of getting my visa for the UK.

By the time I got these statistics, I had less then 6 weeks to go. I immediately ordered the copy of my Grandmothers birth certificate (original with stamps etc.) from Scotland. Online order, cost a small amount, and should be received within a week. WOW! The next step was the South African birth and marriage certificates. I did the applications with the South African Department of Home Affairs, and waited. With 3 weeks to go, I realised I had a problem. It would take 1 week to get my French Schengen visa, which was the first part of the trip, and then I did not know how long I would need to get the UK visa.

At that stage I knew someone who’s mother worked in the place that issued the South African documents (DHA). I made the appointment and went in to see her. To my shock and disbelief, when I walked through her section, I saw files piled up from floor to nearly all the way to the ceiling, brown government files with peoples details etc in them. Into her office, explain the situation and she sticks her head out and shouts : “Can I get the files for … and also … and also …” and we sat down to wait. About 20 minutes later all the files were on her desk. Thank my lucky stars! She did the paperwork I needed, signed them, and gave me what I needed! Thank you to contacts and friends!!

By now I had a decision to make – apply for the UK visa or the French Schengen one? I got the UK documents from Scotland for my Grandmother and decided I needed to apply for the French visa. I would deal with the UK visa later. At that time South Africans (being part of the Commonwealth list) were allowed to enter for 90 days without working or recourse to public funds. Within a week I had the Schengen visa, and most of the documents for my UK visa. Off to France a week later, having sold everything in South Africa. And when I say everything I mean everything!
The one mistake I made was using nearly all my money on France and not keeping anything for the UK. I was sure I would get work very quickly in the UK, at least once I had my visa.

On the 4th of January 2000, I arrived at Heathrow Airport, with my red backpack, one nights accommodation pre-paid, and £20 in my wallet. I knew I had a friend in London, and decided to connect with the friend. The whole story of how I connected will be another one to write later on, but after connecting she said should would help me for a certain period until I could get everything sorted. And here is where I really started to get into a higher level of operation. More research as to what the best options were. I figured out that applying in the UK was out of the question. And going back to South Africa would not work either, process too long, too expensive and no guarantee that I would get the visa on the same day as I applied, not to mention having to book the appointment that would take another week or two extra!

The best option was to leave the UK and do the application somewhere in Europe.
So I called around and decided it would be Amsterdam. The dutch had a more laid back feeling when I spoke to the person on the phone. Being able to speak Afrikaans, which was a connection to Dutch, was somewhere in the back of my mind too. Maybe it would help?

I booked my ticket on a bus, return to London. Got on late night in the middle of January with a black leather jacket and a pair of jeans, with boots I had bought in South Africa (with a plastic type of sole). We arrived the next morning at about 6 am (about an 8 hour journey) and I found snow, ice on the pavements and roads, and it was cold! I didn’t think that through properly, but I was in Amsterdam. My French Schengen visa definitely helped. I made my way to the UK Consulate, and I remember slipping every so often on the ice on the way there. I was one of the first in, and thinking of the statistics for applications from South Africa made me nervous. Into the queue, short conversation, handed over the documents I had, and then to wait.

About 30 minutes later my name was called. Was this a yes? Did I get it.

“Thank you Mr Koekemoer, have a good day.”

I had it! My UK Ancestry visa stamped into my passport. I was one of the lucky ones I thought. And to celebrate, would you guess? A McDonalds hamburger with fries and a milkshake, all to be enjoyed on a canal boat trip through Amsterdam. I had some time to kill before the return journey on the bus! I had my visa! Celebrations!

When you set yourself a goal, and you want it so bad that you are willing to go the extra mile, thats when getting something is so rewarding. You will encounter obstacles on the way, and its the way that you handle them that will prove to be character building and either a make or a break for the goal. Setting goals and splitting them into smaller steps is what is needed. Focus is needed on specific tasks. Let me breakdown how I did it.

I had super focus on the goal. I had to do it within a certain amount of time. After 27.5 I would no longer be able to take the opportunity. I did my research, and was motivated to overcome any challenges I faced. I never gave up.

To me the goal was realistic as I had UK Ancestry. I had everything that I needed to get permission to go to the UK. To make it even more realistic was the fact that I had no family or kids to worry about, and I could sell everything up and move, without major hassles or obstacles.

And it was timely. I knew what the deadlines were. I knew what I needed to do and by when. And I planned it, took a few chances, but it paid off. It was at the right time in my life, and it really was an opportunity I could not give up without serious consideration.

You see when you set yourself a really big goal, and when you don’t break it down into smaller chunks, then you risk setting yourself up for failure. If you are not realistic about the things that will help you achieve your goal, then you will definitely increase the chances of failure. But when you break it down into smaller component steps. When you focus on each step and overcome any smaller challenges, when you think outside the box and explore all the options, thats when you increase your chances of success.

Anyone who tells me that things are too difficult in life to achieve. That they just cant set goals and achieve them. If you are someone like that, then read my story above again, and think – what would you have done. Think about how you can set your goals and achieve them. And how you can break them down into smaller bits to make the goals realise!

Buying a house might seem like an impossible task. But if you work out a plan of action, and if you save money, if you motivate yourself to increase your own income. If you look at all of the things that you need to do to buy that house. Then I am sure you will come up with a plan.

Of course, that is if buying that house is really what you want.

You need to really want something, because then – you can achieve what some might think is the impossible.